It's been a very busy summer for You Can't Kill Stephen King.

First, here are some highlights from the media:

Second, here is some insider info that hasn't officially been picked up by the media yet:

As of today, September 9, 2012:
a) We have sold to a distributor in Japan
b) We are close to closing about 5 other international deals
c) We have been accepted into the following upcoming festivals:

We also will be attending AFM (American Film Market) this November in Los Angeles, California.

Thanks for your support!
-Team King


Posted by You Can't Kill Stephen King at 3:28 PM No comments: 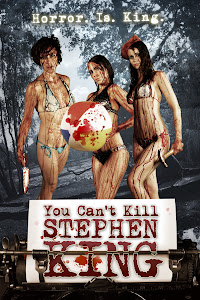